Our Joshua loves nerf guns, we wonder if Tamir Rice did also... 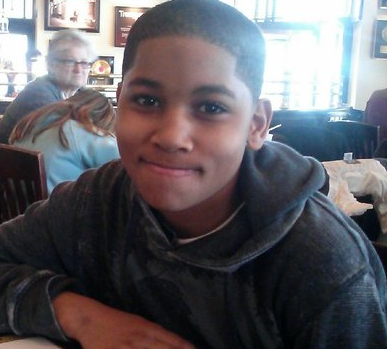 Our Joshua loves nerf guns, we wonder if Tamir Rice did also…

December 29th, 2015  —  Yesterday we heard the horrible news that that 26 year old police Officer, Timothy Loehmann, who killed 12 yr old Tamir Rice was not going to be indicted for any crime related to young Tamir’s killing.  Yet again, we are called to engage in the vicious cycle of shock, fear, outrage, condemnation, the wait for justice, the denial of justice, the many memes and blogs and newspaper articles, comments from the evil trolls, the pained, the outraged, the sad…rinse, wash repeat.  When will it end? 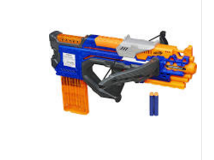 He collects nerf guns. This christmas we bought my 12 year old brother the Nerf N‑Strike Elite Crossbolt Blaster gun. He and his classmates collect nerf guns. They take them apart, they repaint them, they are part of a collector community, they really enjoy them.  Last year, he spray painted one of them black and our entire family reacted in horror, my dad took the gun from him.  Our Joshua didn’t think of all the consequences of a toy gun painted black.  He’s smart, he’s in accelerated Math and Science and Social Studies classes but he would have taken that black painted gun outside of the house if we hadn’t noticed him.  What if he had?  What if a neighbor then called the cops?  Would our shy, loving, handsome, 12 year old, gifted student in accelerated classes suffer the fate of young Tamir?  We shouldn’t have to live in a society where children have to ask those questions.

So while open carry laws are in full effect, while movies show gratuitous violence, while we view endless images online of some parents encouraging very young children to own and shoot and pose with guns, while entertainment executives fund projects which include music videos that embrace guns and violence, some still wonder why 12 year old Tamir and Joshua want toy guns, why they would want to paint them or go outside and play with them.

As we read the news and commentary, we are more confused about why,  a prosecutor, whose main job is to seek justice for the aggrieved,  finds it within himself, to blame a 12 year old boy for his own violent death at the hands of an officer tasked with protecting and serving his community.