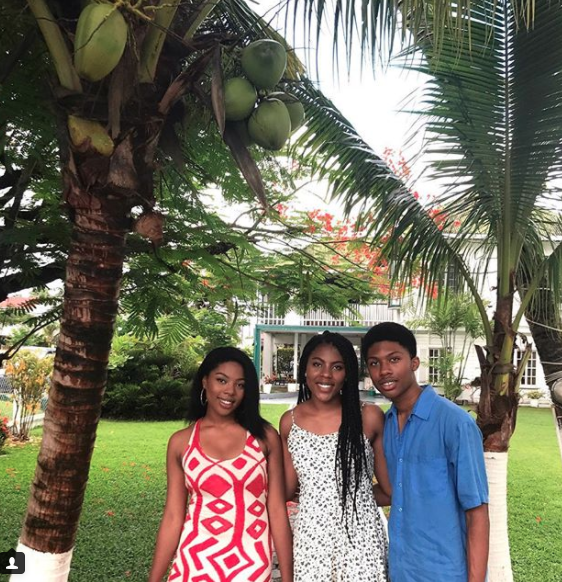 Gwinnett County, GA— November 15, 2017 – It has been three years since three black teens dared to use technology to attack a scourge that plagues black communities in the United States: the shooting of unarmed black people.

Ima, Asha, and Caleb Christian from Gwinnett County, Georgia were 16, 15, and 14 years old when they turned their feelings of confusion, hopelessness, and anger into action by creating a mobile app called Five-O. Five-O empowered citizens to rate, review and track all interactions, good or bad, with law enforcement officers. The young team then created an algorithm and generated a grade for each police department which media, community activists, and homebuyers could review to determine if their local police departments were community friendly.

The Five-O app garnered national attention in the U.S.A., widespread accolades, including from senior law enforcement figures, and even won $22,000 at the 2015 Innovating Justice Awards at The Hague, Netherlands. Since then, numerous competitive mobile apps have been created, and although FIVE-O remains in the app store, download numbers have stabilized without the investment in marketing to bring continuous national awareness to the product. The Five-O experience, however, only served to empower these young students. They have continued to develop their skills in Computer Science Engineering, and have made national and international contributions to students in underrepresented communities.

Today, the teens are college students working on two impressive IT projects, which will soon be 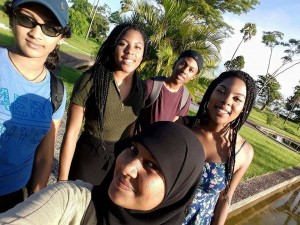 released to the public. Ima is a junior at Stanford University, Asha is a freshman at Cornell University, and Caleb is going through the college application process in his senior year of high school. They continue to work to bring technology to school-aged children both in the U.S.A. and in Guyana, South America where they have spent all of their summers conducting robotics camps, preparing the young Guyana national team for the First Global Robotics championship in Washington DC, July 2017. At the championship, Guyana’s first robotics national team won 10th place out of 160 countries, an impressive feat for Guyanese youngsters who had only been exposed to robotics for four months. Ima, Asha, and Caleb also created a mathematics exam preparation app for 6th grade Guyanese students, taking the high stakes high school entrance exam and working with the Ministry of Education in Guyana to roll out STEM clubs and nationwide Scratch and robotics competitive leagues in Guyana.

“Our mission is really to empower as many under-represented students as possible by exposing them to technology concepts and tools, and opening their minds to a whole new world. Our goal is to help to create a culture of problem solving, critical thinking and innovation among youth of Guyana” said 17-year old Caleb Christian.

“Working in Guyana has been easier and less expensive for us since the Guyana diaspora covered a lot of our expenses, and the First Lady of Guyana, Sandra Granger, has been supportive in every way. She has been responsible for championing our program locally, and for helping to open up doors for us.” said, Ima Christian, a junior at Stanford University.

The teens credit their parents for encouraging them to work on the Five-O app despite the risks. “Working on the app gave us a sense of unbelievable empowerment. We see problems in our community, and we now know we can build solutions. We no longer feel powerless. Our experience taught us that even three young teens from Gwinnett County, Georgia can make a difference,” said Cornell Freshman, Asha Christian. “Our parents gave us a tremendous gift.”

The teen siblings look forward to relaunching their own tech company after graduation from university. Their goal is to inspire other teenagers to work together within supportive networks to bring positive change to their communities.