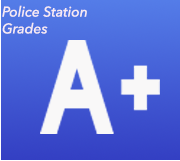 While families continue to worry about the quality of interaction between citizens and police officers, what is clear is that many police departments have not made the adjustment from training their officers for incident driven, rapid response, post-crime investigation to a more proactive, relationship based, technology driven style of policing required for the 21st century.

To be clear, police officers will always have to deal with rapid response and crime investigation but these elements should not be the main focus of their training.

“Police administrators have long recognized the ineffectiveness of incident-driven policing, as well as the economic insensibility of random patrol, rapid response and postcrime investigation. Racing from call to call, in spite of its appeal on television, does not promote effective policing. Responding to the same domestic dispute nightly or citing the same disorderly youths gathering in a park are ineffective strategies for resolving community problems. ”  —  A Problem-Based Learning Manual for Training and Evaluating Police Trainees

Today’s policing will require adjustments for today’s society where personal video cameras pervade communities, and where social media channels like twitter allow for the near instant transmitting of incidents throughout communities, the country and even the world.  Police departments are just now coming to grips with the notion that they have very little control over the communication of stories into the wider society and consequently, many are often caught unprepared for protests, media interrogations and by their inability to shape the opinions of citizens in the communities they serve.  Fundamentally, police departments that are slow to develop ongoing relationships with the communities they serve have already lost the messaging war.

21st century policing will require more relationship building with community members, making use of social media channels to learn about issues that can turn into major problems before they occur, the widespread use of police cameras with transparent administrative policies regarding access to the video data, the use of technology to ensure more effective collaboration among citizens, police and social service agencies to ensure that citizens who need mental health, substance abuse, job interview or domestic violence counseling receive the help needed and are appropriately tracked by all systems and more.

The authoritarian and reactive approach to policing with it’s focus on making citizens COMPLY to orders BARKED by menacing police officers only breeds more anger and resentment among citizens and inevitably serves to make communities more dangerous for both citizens and police officers.  In looking for solutions, the entire system must be analyzed.  The entire system is clearly broken.