How an empty gas tank can lead to tickets, warrants, & incarceration… 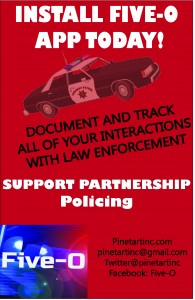 Gary’s car ran out of gas because he decided to take a chance to drive on a near empty gas tank.  Gary didn’t have much of a choice, he lives in rural Georgia and he needs to pickup his check from work.  He’s dead broke and plans to fill up his tank, purchase groceries and pay a few bills with his paycheck this week.  Unfortunately, today is not Gary’s day and his car runs out of gas on the interstate.  The Traffic Safety Departments sends out a HERO truck to aid Gary but a police officer also arrives and he does not seem to be in a good mood.

Despite Gary’s recount of his misfortune, the officer writes Gary a ticket for ‘Creating a Traffic Hazard’.  The Officer was impatient, brusque and lacked empathy.  Things will not go Gary’s way today.  He silently accepts his ticket.  At least he is still alive, but he wonders how he is going to pay the fine;  which he later learned was $345 ticket, when he didn’t even have $5 for gas that morning.

The Gary scenario plays out thousands of times in the United States each day.  Gary will accept a payment plan from the judge which he will struggle to maintain.  He will miss a payment, then a warrant will be issued for his arrest.  The arrest will come with time off from work, more fines, more fees, and ultimately Gary will lose his minimum wage job and become a pawn of the justice system.

The Five-o mobile app and website [five-o.us] will allow all of the Garys across the United States to document their interactions with law enforcement officers.  They will be empowered to grade their interactions and to maintain a history of all of these events in a secured online storage system where their own personal history can be later accessed.  The Five-o app automatically aggregates and averages the data to come up with a grade for professionalism and courtesy which can be searched by county or zip code.

When thousands of reviews are received, the media, community activists, law enforcement leaders and citizens will be able to review the grades and comments, allowing them to push for changes if necessary, or issue commendations to those officers providing excellent community service.  Together with feedback from other members of Gary’s community, Five-o will build a profile of police service in each community across the United States.

Every citizen’s contribution will move communities towards improving partnership policing.  Good police reports will be used as models for bad policing communities.  We implore you to register and submit a report today to change your community!  To change the world!

Mobile app created by US teens one step closer to $30,000 prize at the Hague